What Are the Components of the Immune System?

Previous Next
What Are the Components of the Immune System?

The human immune system is a very complex system build up of numerous functional parts.

Antibodies (also referred to as immunoglobulins and gammaglobulins) are are Y-shaped proteins that respond to specific bacteria, viruses or toxins, called antigens. They are produced by white blood cells.

Antibodies can bind to toxins, disabling their chemical actions or signal that an invader needs to be removed.

These antibodies are divided into five classes. Their names are generally abbreviated. For instance, Immunoglobulin A is abbreviated IgA. Here are all of the abbreviations: IgA, IgD, IgE, IgG, i IgM. 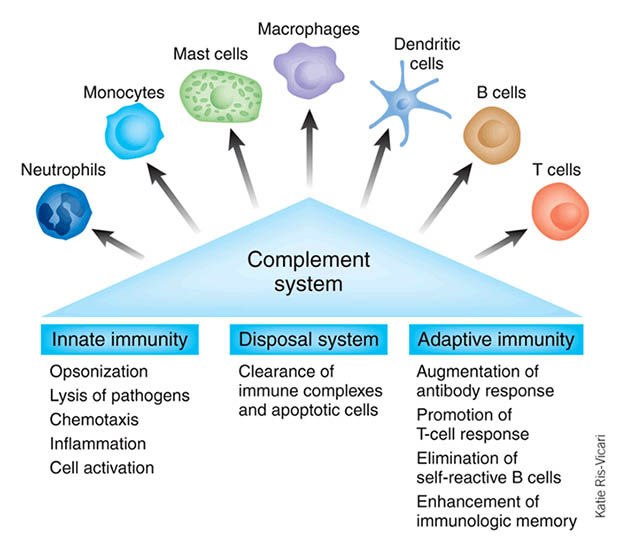 If germs get through the body’s physical and chemical barriers into the bloodstream, a mixture of liquid proteins called complement is activated and attacks them. The complement system includes a series of proteins. While there are millions of different antibodies in your blood stream, each sensitive to a specific antigen, there are only a handful of proteins in the complement system. They float freely in your blood. Complements are manufactured in the liver. The complement proteins are activated by and work with (complement) the antibodies. They cause lysing (bursting) of cells and signal to phagocytes that a cell needs to be removed. 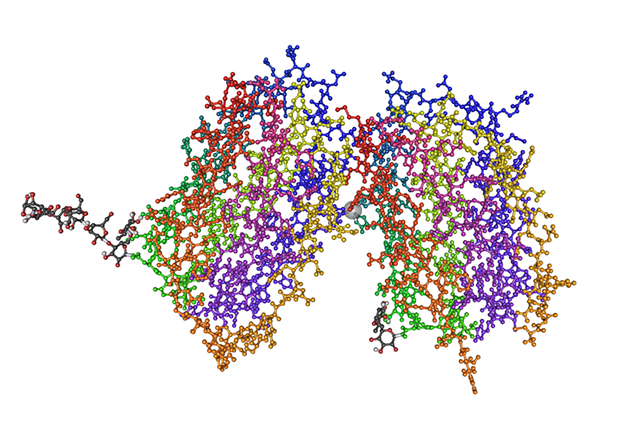 Interferon is another type of protein produced by most cells in the body. The job of interferon is to let cells signal one another. When a cell detects interferon from other cells, it produces proteins that help prevent viral replication in the cell and also stimulates killer cells.

Lymph nodes are basically filters that trap germs and other foreign bodies. The nodes have armies of lymphocytes to deal with the germs. Lymphocytes are a type of white blood cell, which neutralizes or destroys germs. The lymph nodes can become swollen when fighting an infection.

Lymphoid organs include the bone marrow and the thymus, as well as lymph nodes, spleen, tonsils and adenoids, the appendix, and clumps of lymphoid tissue in the small intestine known as Peyer’s patches.

There are about 2 to 4 pints of lymph fluid in the average body. 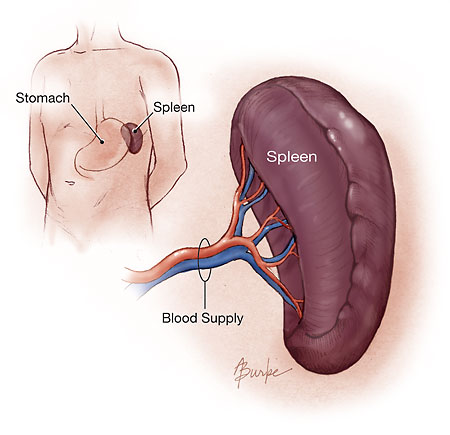 The spleen filters the blood looking for foreign cells. The spleen is also looking for old red blood cells that need replacement. It is an organ about the size of a fist in the upper left of the abdomen. The spleen contains two main types of tissue: red tissue that disposes of worn-out blood cells, and white tissue that contains lymphoid tissue. Different part of the the spleen specialize in different kinds of immune cells. When microorganisms get carried by the blood into the red tissue, they become trapped by the immune cells known as macrophages.

The thymus is located in your chest, between your breast bone and your heart. It is responsible for producing T-cells and is important for T cell maturation. 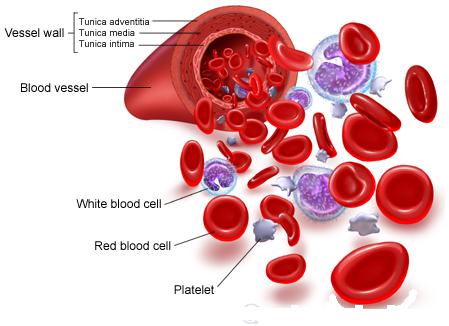 White blood cells are a very important part of your immune system. They are actually a large collection of different cells that work together to destroy bacteria and viruses. Here are the different types, names and classifications of white blood cells working inside your body right now:

All white blood cells are known as Leukocytes. They act like independent, living single-cell organisms that can move like amoeba and capture things on their own by engulfing them. Most of them are created in the bone marrow and start out as stem cells.

There are three types of Leukocytes:

And that’s the immune system response in a nutshell.